In severe cases of male infertility such as anejaculation, the absence of sperm on a semen analysis may be due to azoospermia, congenital bilateral absence of the vas deferens, vasectomy or no viable sperm after ejaculation. To overcome severe male infertile problem there are treatment options depending on the sperm source available and patient preference such as the following:

Sterile male partners can have children by using medical advances and a number surgical techniques developed to collect sperm from testicles or other parts of the vas deferens as follows:

Generally speaking, sperm extraction surgery is considered a safe process offering infertile persons more hope and treatment options. According to current data, the rates for abnormalities and disabilities for infants resulting from surgery to obtain sperm by the aforementioned techniques are no different from the rates of abnormality found in the general population.

All of these methods require basic supporting technology consisting of ICSI and culture, including ICSI expertise. 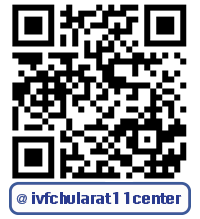